Khen Rinpoche Jangchup Choeden is abbot of prestigious Gaden Shartse Monastery, located in State of Karnataka, South India. For many years, he learned Buddhist philosophy under the great masters and abbots of the monastery. In the year 1997, he was awarded the Lharampa Geshe and later in 2007 he received Ngagrampa in Tantric studies from famed Gyuto Tantric University. He is fluent in many languages and has traveled extensively to teach Dharma throughout America, Europe and Asia. Before becoming the abbot of the monastery he held several administrative posts at the monastery, including the General Sectary of the Education Development Project. In 2009 His Holiness the Dalai Lama appointed him the abbot of the Monastery. Completing two years in the post of the abbot of the monastery, he has supervised a successful visit of His Holiness the Dalai Lama to the Gaden Shartse Monastery in February 2011.

Lobsang Tenzin Negi, Ph.D., is the founder and director of Drepung Loseling Monastery, Inc., in Atlanta, GA, and a Senior Lecturer in Emory University’s Department of Religion. He also serves as Director of the Emory-Tibet Partnership, a multi-dimensional initiative founded in 1998 to bring together the foremost contributions of the Western scholastic tradition and the Tibetan Buddhist sciences of mind and healing. In this capacity, he serves as Co-Director of both the Emory-Tibet Science Initiative and the Emory Collaborative for Contemplative Studies. He also developed Cognitive-Based Compassion Training (CBCT), a compassion meditation program that is currently utilized in a number of research studies, including an NIH-funded study examining the efficacy of compassion meditation on the experience of depression. Dr. Negi, a former monk, was born in Kinnaur, a small Himalayan kingdom adjoining Tibet. He began his monastic training at The Institute of Buddhist Dialectics and continued his education at Drepung Loseling Monastery in south India, where he received his Geshe Lharampa degree, the highest academic degree granted in the Tibetan Buddhist tradition, in 1994. Dr. Negi completed his Ph.D. at Emory University in 1999; his interdisciplinary dissertation centered on traditional Buddhist and contemporary Western approaches to emotions and their impact on wellness.

Geshe Nyima Tashi was born in the year 1961 and became a monk of Sera Monastery at the age of 12. Geshe Nyima completed his formal monastic training in 1998. Following receiving his Geshe degree, Geshe Nyima worked for his monastery for 4 years in the department of philosophy and dialectic studies where he also served on the exam committee. Geshe Nyima attended the first science workshop organized by the Library of Tibetan Works and Archives in 2000, and since this time has attended over a dozen workshops organized by the Library. Geshe Nyima. Geshe Nyima has also been active in bringing science education to his monastery and has served as the coordinator for the Science Meets Dharama program.

Dr. Pema Dorjee was born in the year 1950 in Tibet and an alumnus of Central School for Tibetans Darjeeling, Dr Pema Dorjee completed his medical studies at Mentseekhag in 1974 under the renowned professor Dr Barshi Phuntsok and internship under the guidance of Dr Yeshi Dhonden, the former personal physician to his holiness the Dalai Lama. Dr Dorjee has served as Chief medical officer at various branch clinics of the institute in India. He has travelled extensively to the Tibetan settlements in India, giving consultation to patients and giving health care talks. Besides being a successful medical practitioner, Dr Dorjee has many achievements to his credit such as being a successful author, a keynote speaker to many conferences, a recipient of many honors, and the first chairman of the Central Council of Tibetan Medicine and the General Secretary of the institute. Doctor Dorjee has been serving this institute from the last 30 years and as a Tibetan medical practitioner from the last 35 years. At present he is the advisor and one of the governing members of the institute.

Sisir Roy is Professor, Physics and Applied Mathematics Unit and Professor-In-Charge, Physics and Earth Sciences Division, Indian Statistical Institute. His research is on Foundations of Quantum Theory, Quasar Astronomy and Cosmological Debates, Modeling Brain Function and Cognitive Activities. He has over 100 referred publications in international journals and 20 conference proceedings. So far he has published 10 research monographs and edited volumes. Recently he has published a book called “DEMYSTIFYING THE AKASHA: Consciousness and the Quantum Vacuum” jointly with Prof. Ralph Abraham, University of California, USA . The authors discussed the implications of 21st century physics and various metaphysical issues in the context of Indian Philosophy. He has published a paper with provocative ideas entitled “The prediction imperative as the basis for self-awareness” in Philosophical Transactions of the Royal Society jointly with Prof. Rodolfo Llinas, New York University School of Medicine, USA. The epistemological issues related to the ideas presented in this paper might have deep connection with Tibetan Buddhist views. He has participated in Life and Mind Conference in Dharamsala as well as an international conference related to Education system of Sikkim patronized by H.H. Dalai Lama in 2010.

Rajesh Kasturirangan research interests are in cognitive science and philosophy of mind. His current work relates to applying a combination of philosophical argument, mathematical techniques and empirical observations to classical problems in cognitive science and the philosophy of mind such as the semantics of natural languages, the epistemology of beliefs and the structure of intentionality and consciousness.

Associate Professor, Department of Physiology, Neuroscience, Sri Siddartha Academy of Higher Education. Dr. Ravindra is medical neuroscientist with MD (Physiology), PhD in Neurophysiology. His area of interests is in evaluating the neurophysiologicall underpinnings of meditation practices and its trait effect especially during sleep. He gives regular Mind Body Medicine workshops and counseling sessions for general public,medical fraternity and patients. He has publications in high reviewed journals and has research collaboration with various groups in meditation studies. In recognition his research he has been bestowed with prestigious National award from Physiologist and Pharmacologist society of India.

Bruce Greyson, M.D., is the Chester Carlson Professor of Psychiatry & Neurobehavioral Sciences and Director of the Division of Perceptual Studies at the University of Virginia, and a Distinguished Life Fellow of the American Psychiatric Association. He was a founder and Past President of the International Association for Near-Death Studies, and for 26 years edited the Journal of Near-Death Studies. Dr. Greyson graduated from Cornell University, received his medical degree from the State University of New York Upstate Medical College, and completed his psychiatric residency at the University of Virginia. He held faculty appointments in psychiatry at the University of Michigan and the University of Connecticut, where he was Clinical Chief of Psychiatry, before returning to the University of Virginia, where he has practiced and taught psychiatry and carried out research since 1995. His research for the past three decades has focused on near-death experiences and has resulted in more than 80 presentations to national scientific conferences, more than 100 publications in academic medical and psychological journals, and several research grants and awards. He is the co-author of Irreducible Mind: Toward a Psychology for the 21st Century (2007), and co-editor of The Near-Death Experience: Problems, Prospects, Perspectives (1984) and of The Handbook of Near-Death Experiences: Thirty Years of Investigation (2009).

Chris Impey is a University Distinguished Professor and Deputy Head of the Department at the University of Arizona, in charge of academic programs. His research is on observational cosmology, gravitational lensing, and the evolution and structure of galaxies. He has over 160 refereed publications and 60 conference proceedings, and his work has been supported by $20 million in grants from NASA and the NSF. As a professor, he has won eleven teaching awards, and has been heavily involved in curriculum and instructional technology development. Impey is a past Vice President of the American Astronomical Society. He has also been an NSF Distinguished Teaching Scholar, a Phi Beta Kappa Visiting Scholar, and the Carnegie Council on Teaching’s Arizona Professor of the Year. Impey has written over thirty popular articles on cosmology and astrobiology and authored two introductory textbooks. His has published three popular science books: The Living Cosmos (2007, Random House), How It Ends (2010, Norton) and How It Began (2012, Norton). He has three more popular books in preparation. He was a co-chair of the Education and Public Outreach Study Group for the Astronomy Decadal Survey of the National Academy of Sciences. In 2009, he was elected a Fellow of the American Association for the Advancement of Science. He has participated in the Science for Monks program since 2008.

David E. Presti is a neuroscientist at the University of California in Berkeley, where he has taught in the Department of Molecular and Cell Biology for nearly twenty years. For many years he also worked as a clinical psychologist in the treatment of addiction and of post-traumatic-stress disorder (PTSD) at the Department of Veterans Affairs Medical Center in San Francisco, where he treated thousands of individuals for these conditions. His areas of expertise include the chemistry of the human nervous system, the effects of drugs on the brain and the mind, and the treatment of addiction. He has doctorates in molecular biology and biophysics from the California Institute of Technology and in clinical psychology from the University of Oregon. He teaches large undergraduate courses at UC Berkeley on the subjects of “Brain, Mind, and Behavior”, “Drugs and the Brain”, and “Molecular Neurobiology and Neurochemistry,” as well as small seminar classes on “Music and the Mind” (for freshmen) and “From Synaptic Pharmacology to Consciousness” (for molecular-biology and neuroscience graduate students), and has received multiple University awards for teaching. His primary research interest is the relation between mental phenomena (such as what is called consciousness) and brain physiology, the so-called mind-body problem. 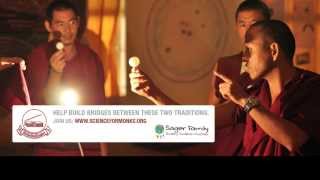 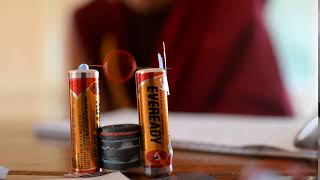 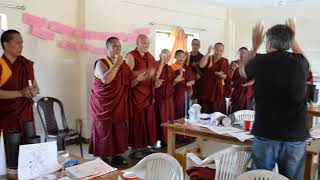 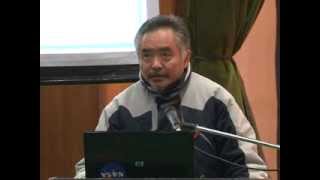 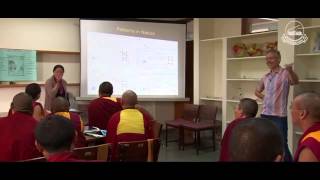 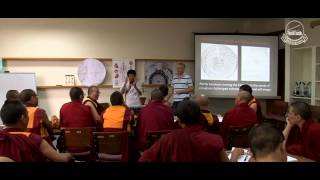 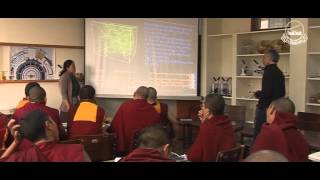 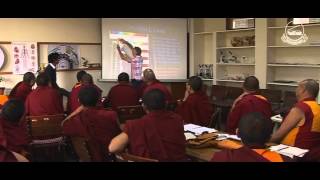 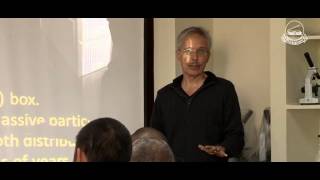 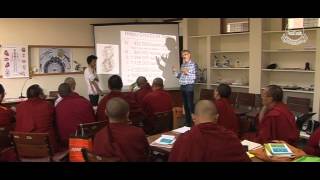 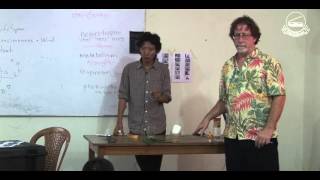 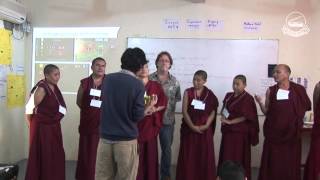 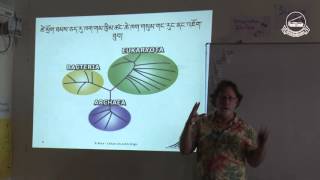 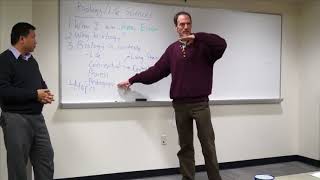 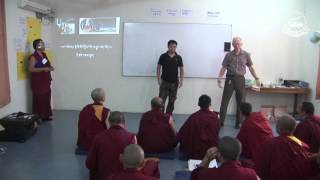 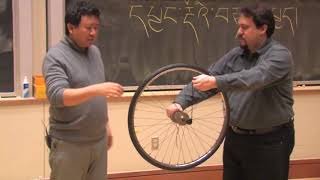 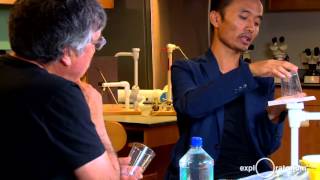 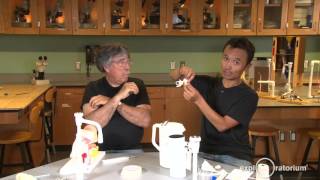